Nutrient pollution from Mississippi River runoff leads to seasonal formation of hypoxia along the northern Gulf of Mexico continental shelf, impacting valuable living resources and their habitat. Mitigating this ecosystem stressor is one of the greatest water quality restoration challenges in the nation. Recognizing the threat of nutrient pollution to America's coastal ecosystems and economies, Congress authorized the Harmful Algal Bloom and Hypoxia Research and Control Act (HABHRCA 1998) to support science on understanding of the impacts and solutions to nutrient pollution. HABHRCA also authorized the interagency Mississippi River/Gulf of Mexico Hypoxia Task Force (HTF) as the principle managing body for mitigating the impacts of gulf hypoxia through watershed nutrient management. As a member of the HTF, NOAA supports hypoxia research, monitoring and model development to ensure the HTF management strategies are scientifically sound, effective, and cost-efficient. Since the creation of NGI and subsequent support of the Cooperative Institute for Gulf Hypoxia, NGI facilitates collaborations across federal, state, academic, and private sector scientists as they advance research and management efforts focused on hypoxia in the Gulf of Mexico. 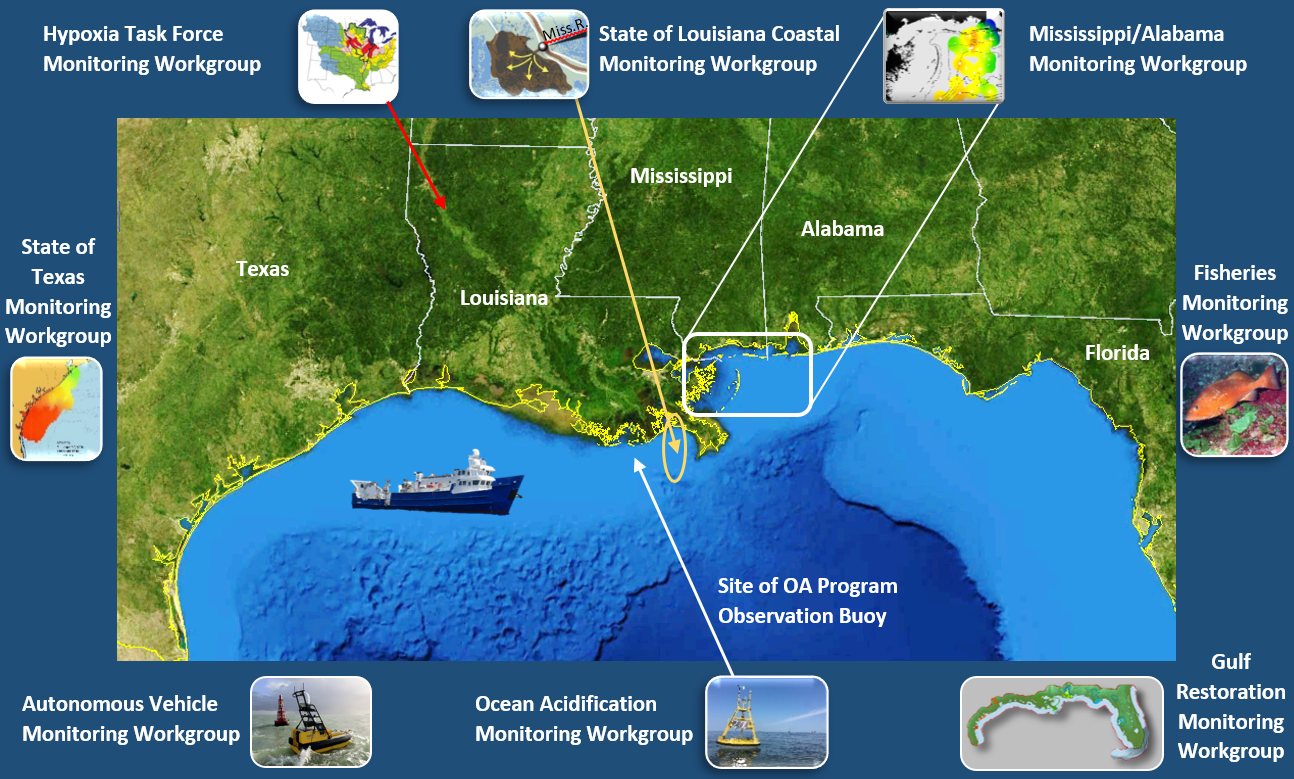 To ensure that the HTF need for hypoxia monitoring in the Gulf of Mexico continued to be satisfied, NGI and NOAA held a series of eight workshops beginning with an international workshop in 2007. These workshops organized scientists around better orchestrating monitoring in the Gulf region and furthering scientific understanding of the dynamics of the hypoxic zone, as well as the zone's impacts on ecosystem health and the economy. This has resulted in a foundational set of stakeholder-developed products that led to the formation of a Cooperative Hypoxia Assessment and Monitoring Program in the Gulf of Mexico (CHAMP).