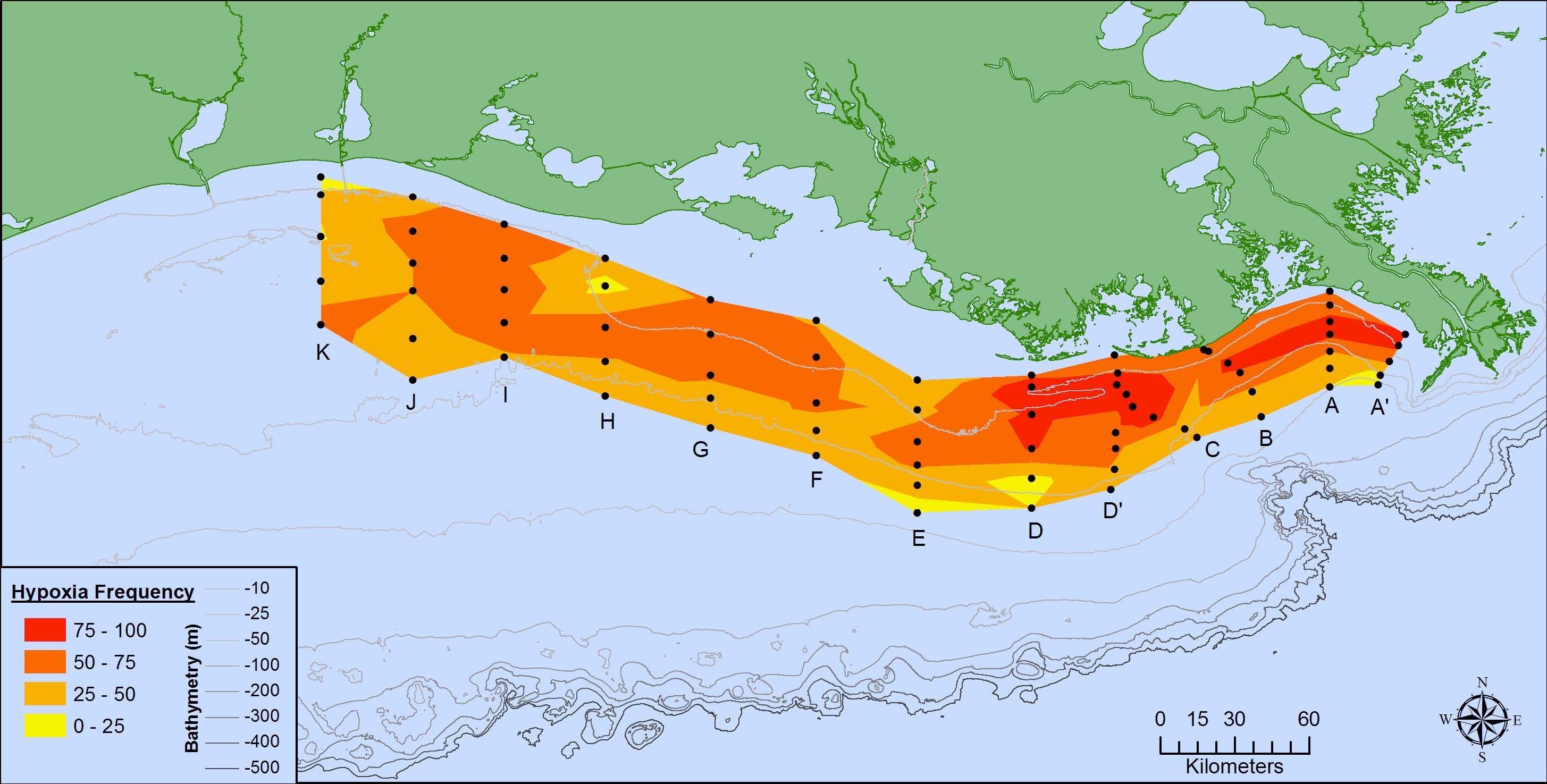 Figure 1. The frequency of mid-summer hypoxia (oxygen ≤ 2 mg l-1) over the 70 to 90 station grid on the Louisiana and Texas shelf during the summer from 1985 to 2014. The frequency is determined from those stations for which there are data for at least half of all cruises.
By Rabalais et al. (2010).
A hypoxic water mass with oxygen concentrations ≤ 2 mg l-1 forms in bottom waters of the northern Gulf of Mexico continental shelf each year. Nutrients from the Mississippi River watershed, particularly nitrogen and phosphorus, fertilize the Gulf’s surface waters to create excessive amounts of algal biomass, whose decomposition in the bottom layer leads to oxygen depletion. The low oxygen conditions in the Gulf's most productive waters stresses organisms and may even cause their death to threaten living resources, including humans depending on the fish, shrimp and crabs caught there. Various models use the May nitrogen load of the Mississippi River as the main driving force to predict the size of this hypoxic zone in late July. Our prediction is based on one of these models.

Figure 2. Oxygen concentrations in bottom water across the Louisiana shelf from July 23 – July 30, 2018. Data source: N.N. Rabalais, Louisiana State University, Universities Marine Consortium, and R.E. Turner, LSU; funded by NOAA, National Centers for Coastal Ocean Science.
The June 2019 forecast of the size of the hypoxic zone in the northern Gulf of Mexico for late July 2019 is that it will cover 22,557 km2 (8,717 mi2) of the bottom of the continental shelf off Louisiana and Texas. The 95% confidence interval is that it will be between 20,433 and 24,821 km2 (7,889 and 9,583 mi2). This estimate is based on the assumption that there are no significant tropical storms in the two weeks before the monitoring cruise, or during the cruise. If a storm does occur, then the size of the zone is predicted to be 70% of the predicted size without the storm, equivalent to 13,847 km2 (5,346 mi2).

The predicted hypoxic area is about the size of the land area of New Hampshire (23,227 km2) and 67% larger than the average of 13,536 km2 (n = 34, including years with storms). If the area of hypoxia becomes as large as predicted, then it will be about 4.5 times the size of the Hypoxia Action Plan goal to reduce the zone to less than 5,000 km2. No reductions in the nitrate loading from the Mississippi River to the Gulf of Mexico has occurred in the last few decades.

The full report is located here.