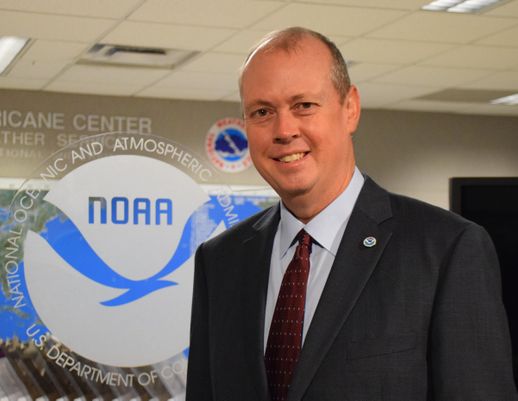 "I was probably seven years old when I knew I wanted to do weather," Graham, an Arizona native, told the Clarion Ledger. "We had a lot of flooding."

"Even at seven years old I knew I wanted to be involved with weather and in this case, tropical weather. A lot of meteorologists wanted to do this since we were pretty young."

Graham said he began learning about weather systems by reading encyclopedias and then attended the University of Arizona where he received a Bachelor of Atmospheric Science degree. His fascination with the weather then led him to MSU to work on a Master of Science degree in Geosciences.

In the classroom, it was all about math and science, but it was outside of the halls of academics that Graham discovered why his choice of careers was so important.

"During grad school I did some TV and radio weather," Graham said. "We had tornado events. We also had the storm of the century."

Mississippi is known for tornadoes; forces of nature that can cause death and complete destruction of structures. According to the Tornado History Project's website, Mississippi experienced 2,096 tornadoes between 1950 and 2016 that caused 515 fatalities and almost 7,000 injuries. The faces and stories of those he met impacted Graham.

"That is something that hit me hard at Mississippi State," Graham said. "It was absolutely a formative time in my career.

"I think for me, having tornadoes and working at the TV station and meeting people — I think for me (during) that time at MSU I equated the science with the people we served. It's something you never forget."

Graham graduated from MSU in 1994 and began working for the National Weather Service at an office in Slidell, Louisiana. He began climbing the ladder, creating innovative services and winning too many awards to list. He also moved around the Southeast as he was promoted to new positions.