College of Arts and Sciences Researcher of the Month: Adam Skarke 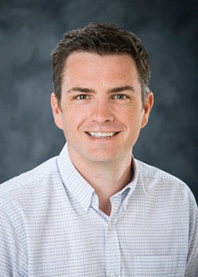 The College of Arts and Sciences at Mississippi State has named Adam Skarke, assistant professor in the Department of Geosciences, as Researcher of the Month for November/December.

Skarke conducts research in oceanography, marine geology and geophysics. His work is focused on understanding the fundamental physical relationships between fluid dynamics, sediment transport processes, morphological expression and the stratigraphic record in marine environments that span the continental margin from coastal waters to the deep sea. Specifically, his research quantifies how those relationships evolve and are linked across a wide range of spatial and temporal scales. His technical approach is field based and focused on the quantitative analysis of, hydrodynamic, geological, geophysical and meteorolgical data collected with innovative environmental observing sensors and platforms.

Skarke's recent research includes the discovery of widespread methane discharge at over 600 seafloor locations in the Atlantic Ocean off the US East Coast. This work holds implications for processes of ocean acidification, hypoxia, and the global carbon cycle. The resulting publication was reported upon widely by news organizations including The New York Times, The Washington Post, BBC News, and Scientific American. In the summer of 2015, Skarke and colleagues used a research submersible to visit select location of methane discharge in order to study and map unique chemosynthetic biological communities discovered there.

Closer to home, Skarke is conducting research with graduate student focused on quantifying the transport pathways for suspended sediments in the Mississippi Sound, as well as the geologic processes that control how Mississippi's coastal marshes and barrier islands respond to long-term sea level rise. Additionally, he is working with colleagues at the MSU Geosystems Research Institute to use robotic unmanned surface vessels to relay real time atmospheric and oceanographic conditions from tropical storms in the Gulf of Mexico to shore for the purpose of improving storm forecasts.

Skarke has presented his research results at over 20 national and international conferences, and has published articles in a number of leading journals including Nature Geoscience, Oceanography, Geology, and Continental Shelf Research.

He earned a B.A. (2003) in geology from Colgate University and a M.S. (2008) as well as Ph.D. (2013) in marine geology from the University of Delaware. Prior to joining the MSU faculty in 2014, Skarke was a postdoctoral associate at the MSU Geosystems Research Institute (2013) and an oceanographer with the National Oceanic and Atmospheric Administration Office of Ocean Exploration and Research (2011-2013).


To submit an NGI news story or events of interest please email Education and Outreach.