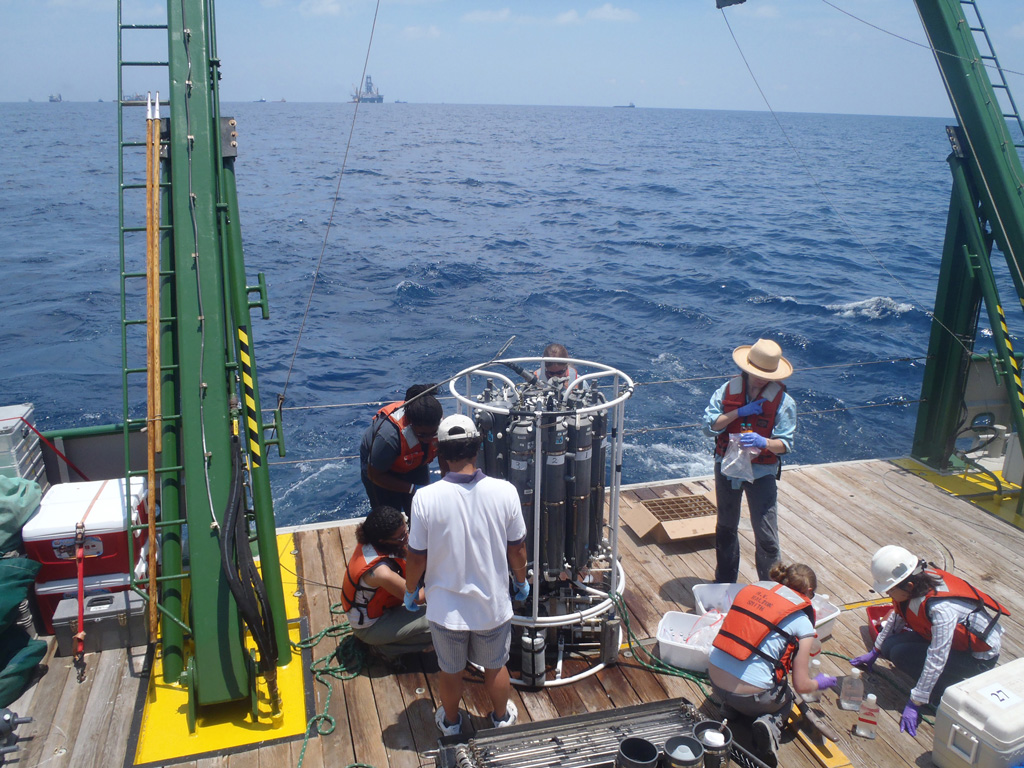 During ten research cruises covering over 105,000 square kilometers, scientists documented the fate and dynamics of Deepwater Horizon methane emissions around the blowout site.

They found that methane concentrations in deepwater plumes peaked in May and early June coincident with a rapid rise in the abundance of methane-oxidizing microbes and in their activity, but then oxidation activity dropped sharply in late June.

Methane levels continued to slowly decline, but remained above pre-spill levels through December. Molecular biological analyses identified a bloom of a highly-active population of methane-eating microbes that responded to methane inputs. The increase of these particular microbes in May-June, compared to pre-spill conditions, were consistent with the methane's fast removal during that period. However, as methane levels decreased so did the abundance of this specific group of microbes, which may have contributed to the slower methane consumption rates documented thereafter. To read more click here.