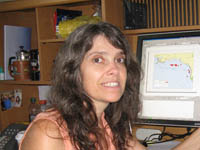 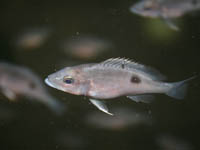 Preliminary results suggest that despite the overall Gulf of Mexico decline in shrimp fishing effort, high levels of shrimping effort are associated with a decrease in relative abundance of red snapper. The highest levels of juvenile red snapper and shrimp effort were widely distributed and overlap in several locations. This study indicates juvenile red snapper prefer habitat in waters 18-75m deep, while many of the highly-shrimped sites were closer to the coast. The most striking finding is an area off the TX-LA border with high density of juvenile red snapper that experienced hardly any high-level shrimp effort. If this region offers consistently good nursery conditions for red snapper, and is not among the most important shrimping areas, then it would be a good candidate to protect nursery habitat for red snapper, leading to a faster recovery of red snapper stocks.